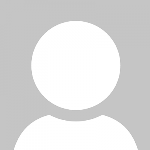 A young girl from the city of Alwar who achieved success through sheer determination and grit, Ritika is one of the brightest students Free Tuition Centre (FTC) in Kanhai has ever had. Since the past 15 years Ritika lives in Kanhai with her parents and her three siblings whom she loves dearly. This is her story!

The eldest daughter of Kailash and Laxmi, Ritika was suggested by one of the teachers at FTC to join the Free Tuition Centre. Back then in 2007, her parents were not much financially stable. Upon learning about Shiksha Prayas’ Free tuition Centre initiative her  parents were delighted to have found an opportunity to help their bright daughter  complete her education. Looking at Ritika’s enthusiasm and thirst for knowledge, her  teachers focused more on her. Till class 8th she took tuitions at FTC Kanhai. Thereafter,  under the Student Sponsorship initiative Ritika received sponsorship twice. She scored  well in her class 12th board exams in the science stream and completed her education  from the Government Senior Secondary School, Kanhai. Since then she has been teaching  mathematics to the students of classes 6 to 8 at FTC Kanhai. Ritika recently completed her  B.Sc. Zoology Honours degree from Delhi University. Currently she is pursuing B.Ed. and is  also working as a science teacher with an NGO. She is also an expert in dance. In future, Ritika wants to become a professor.

Ritika has shown that sometimes all you need is that little support, guidance and  opportunity.

She says, “Whatever I’m today is because of my parents’ support and Shiksha Prayas. The  guidance and motivation that I got from Pawan Sir is what has helped me reach where I’m  today, I’m grateful to him. Now I want to contribute my bit to the society, lend a helping  hand to others and be a part of their success story.”

Shiksha Prayas is a 21- year old NGO engaged in empowering underprivileged children through quality educational support. It has three centres at Kanhai, Taraori and Siwan all in Haryana state.